Vlasta Popic (spelled Popich) is an alternative-punk-noise-psychodelic-pop medley, hardly explicable in words, but crystal clear on stage. Since their debut album 'Za ocnjake' ('To Fangs') in 2012, which received a wide acclaim both with the audience and the critics, Vlasta has been playing non-stop. Known for their passionate live performances, in the last couple of years, they have played almost 200 shows, with three European tours. Still, they found some spare time to record their second album due for in couple of months, which will introduce their darker, sinister and more psychodelic frame of mind. 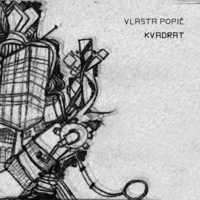